Magnus and I would like to wish all Blackheath Prep families a wonderful summer. Thank you for your generous support this year. We look forward to seeing you in September! #BeBlackheathPrep #Kindness #Community #Joy

With mixed emotions we say farewell to our brilliant Y6 today, many of whom have been with us since they were 3 years old. We wish them every success in this exciting new chapter of their lives #Courage #Community #BeBlackheathPrep

Proud to present the Blackheath Prep Art Exhibition 2021. Take a look at some of the brilliant artwork our pupils have produced this year https://bit.ly/2VfgH0L #Joy #Ambition #BeBlackheathPrep

We organised an ice cream van as an end of term treat. Children loved it! #freedom #community #joy #BeBlackheathPrep

Wonderful to celebrate our Year 6 pupils this afternoon. So proud of all they’ve achieved. #BeBlackheathPrep #community #freedom #joy

How brilliant is this! A lovely surprise from a pupil in Year 3. #BeBlackheathPrep #Joy

Thank you. It has been a pleasure working with you and we are delighted with the end result. #BeBlackheathPrep #courage #joy 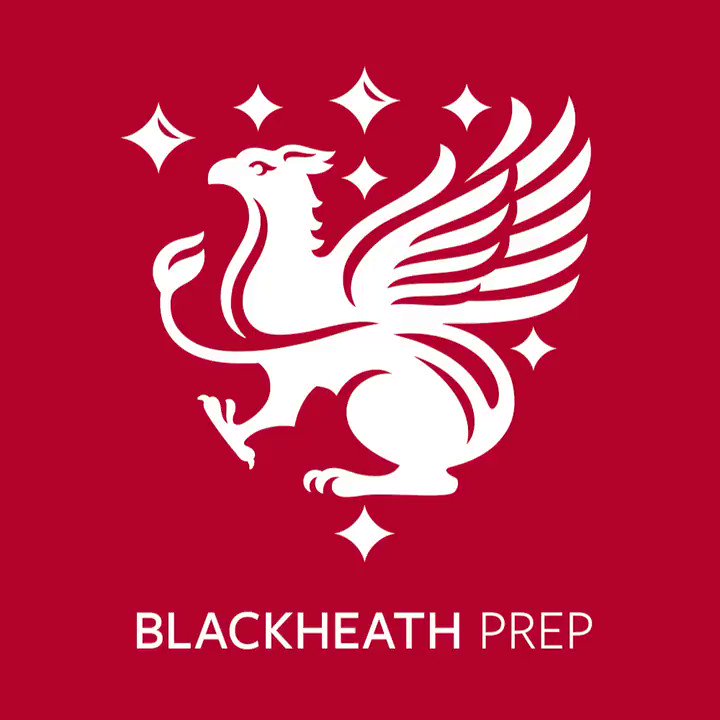 Congratulations to @BlackheathPrep on the launch of their new identity. From initial brand strategy workshops through to completion we have hugely enjoyed developing this modern and engaging design. It is a pleasure to work with such a forward thinking, dedicated team.

Thank you for your creative vision in bringing our new identity to life, we're very proud of the end result! #Joy #BeBlackheathPrep

Congratulations to @BlackheathPrep on the launch of their new identity. From initial brand strategy workshops through to completion we have hugely enjoyed developing this modern and engaging design. It is a pleasure to work with such a forward thinking, dedicated team.

What do Harry Potter, Mary Anning and David Attenborough all have in common? They have all featured in our Cross-curricular week about notable achievers, explorers and inventors through history #Curiosity
#BeBlackheathPrep

This year's Cross-curricular week is Achievers, Inventors & Explorers. We've had some truly inspirational talks from explorers, polar adventurers and paralympians who have shown great #courage and ambition, a great starting point for pupils to explore our new School values

We're very proud to unveil a new look for Blackheath Prep, one of many exciting changes ahead for our school
#Joy
#Community
#Ambition
#BeBlackheathPrep

Looking forward to an exciting new future for our school...
#exciting
#BeBlackheathPrep

Getting ready to launch...
#BeBlackheathPrep

Much of the Board’s work is undertaken by Committees, including Finance, Education, Health & Safety and Safeguarding, each of which also meets at the school once a term. Governors also visit the school regularly in their own time to gain greater insight into its activities.

The governors undertake their role on a voluntary basis and bring a wide variety of expertise to various school management forums. From professional backgrounds in education, health services, finance, property, law and general business, all of our governors are deeply committed to the continuing success and welfare of our school. Several of the governors are parents of children both formerly and currently at the school.

The Chairman of Governors (or any other governor) can be contacted via the Clerk to the Governors at the school address:

If the matter is confidential to the governors, the communication should be placed in a sealed envelope addressed to the relevant governor, c/o the Clerk to the Governors, at the above address and should be marked “Strictly Private and Confidential”.

Mr Hugh Stallard (Chairman)
Hugh has been a member of the Board since 2001. He is a Chartered Surveyor with wide experience of commercial property in the UK and close involvement in the financial operations of SMEs (Small and Medium Enterprises). He is Chairman of the Premises, Finance and Remuneration Committees. His previous charity work has assisted in the understanding of how charities operate and the duties of a trustee.

Mrs Helen Wisher (Vice Chair)
Helen is a solicitor and has been a member of the Board since 2003. She is Chair of the Health and Safety Committee and a member of the Premises and Finance and Remuneration Committees.

Dr Gillian du Charme
Gillian has been a member of the Board since 2009 and is a member of the Education and Bursary Committees. She was the Headmistress of Benenden School from 1985 to 2000 and was awarded an honorary Doctorate of Education in 2005. Prior to Benenden, Gillian spent 19 years working in the independent education sector in the USA and was head of The Town School in Manhattan from 1980 to 1985. Since 2000, she has been an educational consultant advising on a wide range of subjects including head recruitment, mentoring and performance management, marketing and governance. Gillian is also a board member at Marlborough House School.

Dr Colin Niven
Colin has been a member of the Board since 2006 and is a member of the Education Committee. Colin was Head of Modern Languages at Sherborne School and then a Governor of its International College. He has extensive overseas experience including setting up three Dulwich Colleges in China and before that was the Headmaster at the Island School Hong Kong, of St George’s British International School in Rome and of Alleyn’s School, Dulwich. He was also the Headmaster of Dulwich College, Shanghai. He has served as the Chairman of the London and International Division of the Headmasters and Headmistresses Conference (HMC). Colin has an OBE for services to British education in China, and is an Officier des Palmes Academiques for services to France.

Dr Simon Parton
Simon has been a member of the Board since 2010 and is a member of the Health and Safety Committee. He is also the governor with responsibility for Child Protection. He is a General Practitioner in South East London working with the local community and is a board member for Lewisham Clinical Commissioning Group and a member of the Lewisham Health and Wellbeing Board. He is Chair of Lewisham Local Medical Committee.

Dr Elizabeth Palmer
Elizabeth has been a member of the board since 2019 and is a medical professional with a specialist interest in child mental health.

Mr Marc Melia
Marc is a parent governor appointed in 2021. He is Head of Legal (Europe) in Pantheon Ventures (UK) LLP’s Legal & Compliance Team. Prior to joining Pantheon, he worked within the London office of Paul Hastings (Europe) LLP, in the Corporate (Investment Funds) team. Marc holds a BSc (Hons) in Natural Sciences from Durham University and a LLB (Hons) from Nottingham Law School. Marc is admitted as a Solicitor in England and Wales.

Mr Tim Meunier
Tim has been a member of the Board since 2021. He taught at Clifton College before becoming Head of Chemistry and Housemaster at Felsted School, and then Head of Science at the Dragon School, Oxford. Following a return to Clifton, first as Director of Studies and later as Senior Deputy Head, he was Headmaster of Colet Court (St Paul’s Preparatory School) from 2007 to 2016. In the summer of 2020, he retired from his position as Head of Geneva English School, where he had established a new secondary school on the foundations of an existing primary.

Mr Gnananandan Janakan
Jan has been on the Board since 2021 as a parent governor. He has children at the school in Reception, Year 3 and Year 6. He is a colorectal surgeon with a special interest in major trauma, working at King’s College Hospital. He is also a Reserve Royal Air Force officer and has been involved with the City of London School Combined Cadet Force for over 20 years.

Mr Dan Hudson
Dan has been a member of the Board since 2021 as a parent governor. He is a City solicitor with 20 years of experience in the law. He lives locally and has two daughters at the school.